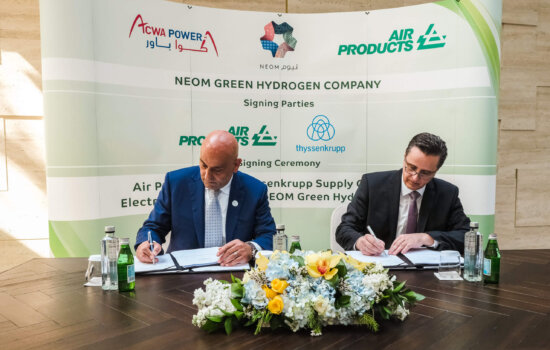 Air Products has today (Dec 13) confirmed that thyssenkrupp Uhde Chlorine Engineers will supply a more than 2GW electrolysis plant for its landmark green hydrogen project at NEOM in Saudi Arabia.

As announced by the industrial gas giant in July 2020, the $5bn world-scale green hydrogen project, believed to be one of the largest in the world, will be carried out through a partnership with ACWA Power and NEOM.

Once developed, it is expected the plant will produce 650 tonnes of green hydrogen daily.

Now playing a key role in this, thyssenkrupp will engineer, procure and fabricate the plant based on its 20MW alkaline water electrolysis module. Plans for thyssenkrupp’s involvement were first announced last year.