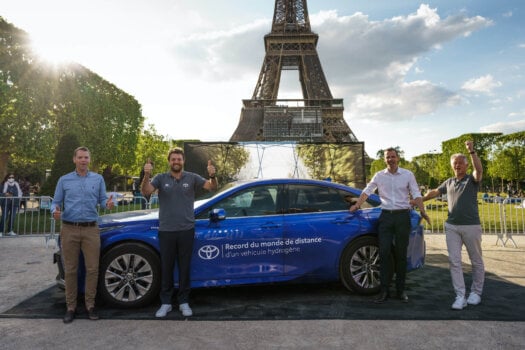 The world record for the longest distance travelled in a hydrogen-powered vehicle with just one fill has been broken by a second-generation Toyota Mirai.

Confirming the news on Monday (May 31), Toyota said the vehicle travelled 1,003 kilometres on public roads in the South of Paris and in the Loir-et-Cher and Indre-et-Loire areas.

Green hydrogen was used during the record attempt and the average fuel consumption was 0.55 kg/100km, with Mirai being able to store 5.6 kg of hydrogen.