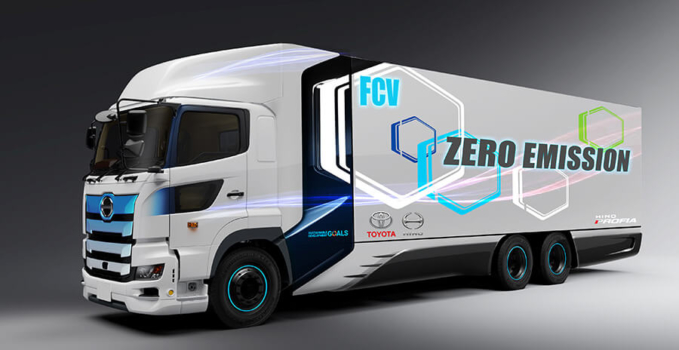 Toyota Motor Corporation today said it will jointly develop a heavy-duty fuel cell truck with its subsidiary Hino Motors, as the two companies accelerate efforts towards the realisation of a hydrogen society.

Based on the Hino Profia, the truck’s chassis is being specially designed with the optimum packaging for a fuel cell vehicle and Toyota said steps are being taken through comprehensive weight reduction to ensure a sufficient load capacity.

The powertrain is equipped with two Toyota fuel cell stacks that have been newly developed for Toyota’s next Mirai and includes vehicle driving control that applies heavy-duty hybrid vehicle technologies, developed by Hino.

Cruising range will be set at approximately 600km, aiming to meet high standards in both environmental performance and practicality as a commercial vehicle.

Toyota and Hino said they have positioned hydrogen as an important energy source for the future and have worked together on developing technologies and spreading and innovating fuel cell vehicles for more than 15 years since their joint demonstration trials of the fuel cell bus in 2003.

Going forward, Toyota and Hino will further strengthen its partnership and accelerate efforts toward the realisation of a hydrogen society.