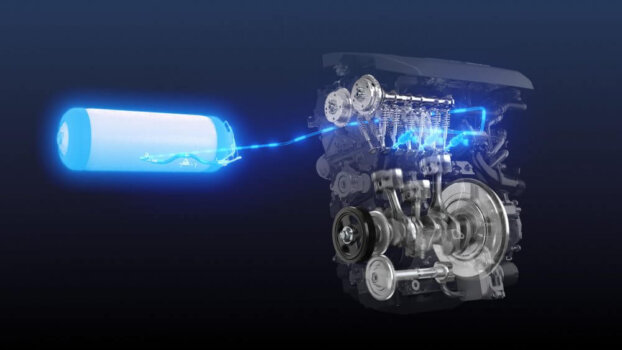 Toyota has confirmed today (22nd April) that ORC Rookie racing is set to compete in one of Japan’s toughest motorsport events in a Japanese Corolla Sport-based race car powered by Toyota’s hydrogen engine.

The automotive giant believes that in utilising a hydrogen-powered engine, the performance of the car will be increased with faster combustion rates as opposed to petrol engine variants in addition to good characteristic responsiveness.

With a 1,618cc three-cylinder unit, using compressed hydrogen fuel, the performance of the car should be rewarding and will be showcased at the NAPAC Fuji Super TEC 24 Hours Race on 21st to 23rd May (2021).

The race car is set to be fuelled during the events with hydrogen produced at the Fukushima Hydrogen Energy Research Field in Namie Town, Japan, further raising the profile of hydrogen power in the nation.