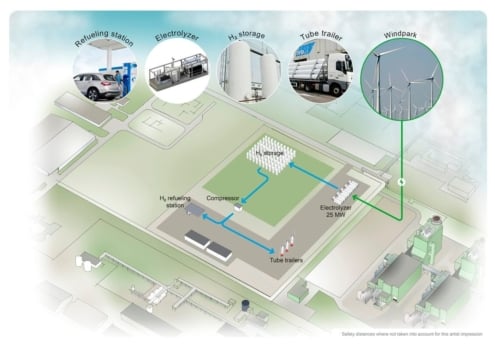 The green hydrogen infrastructure developer said it has signed an agreement with North Sea Port for an industrial plot covering 27,950m2 in Vlissingen.

The deal also provides the possible construction of a pipeline to a tanker transfer point.

VoltH2 said it envisages the construction of a 25MW electrolysis unit which will produce up to 3,600 tonnes of green hydrogen annually.

“With the signing of this agreement with North Sea Port for our first site in Vlissingen, we are giving the starting signal for the expansion of VoltH2,” said Andre Jurres, founder and CEO of the company.

“We thank North Sea Port for their cooperation and support in the preparatory phase so that we can take this first step in the development of a green hydrogen hub in Vlissingen.”