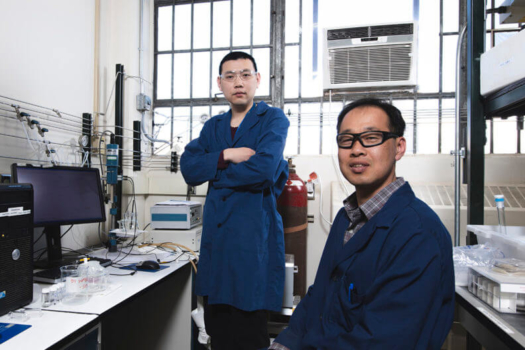 Researchers from Washington State University (WSU) have developed a “breakthrough” in splitting water into its parts to help make renewable energy.

Using solar and wind power when it is available for water splitting, a process that uses electricity to split water into hydrogen and oxygen, offers a way to store energy in the form of hydrogen fuel.

“In our system, we use a nickel-iron based catalyst, which is much cheaper, but the performance is comparable.”

It’s expensive, and works under very acidic conditions, requiring precious metal catalysts such as platinum and iridium as well as corrosion-resistant metal plates made of titanium.

The research team and Washington State University aim to solve this problem by splitting water under alkaline, or basic, conditions with an anion exchange membrane electrolyser.

The team shared their development with Kim at Los Alamos, whose team in turn developed the electrode binder to use with the catalyst.

The electrode binder is hydroxide conducting polymer that bind catalysts and provides a high pH environment for fast electrochemical reactions.

“Water splitting is a clean technology, but you need electricity to do it,” said Lin.

“Now we have a lot of renewable energy, wind and solar power, but if during the day, we can use extra energy to convert it into something else, like hydrogen, that’s very promising.”

Researchers at Pajarito Powder and Sandia National Laboratories also contributed to the work.