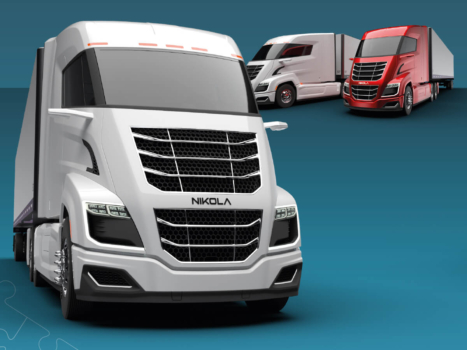 It is easy to fall from grace, especially in the public eye. The hard part is to earn respect and keep it. That’s the challenge facing Nikola Corporation, particularly since the departure of its founder and former Chairman Trevor Milton.

The Arizona-based company has famously enjoyed a somewhat meteoric rise to the forefront of the heavy-duty trucking sector and more importantly, the clean-fuelled heavy-duty trucking movement. From a basement-based start-up it has emerged into one of the most talked about vehicle manufacturers of the moment, with a clear objective to remove the commercial truck from the carbon equation.

But it endured a tumultuous three weeks since a high-profile ‘research report’ made a series of extensive allegations against it in a savage attack on 10th September (2020), many of which claimed that it has no working prototypes.

Put forward by Hindenburg Research, an organisation which claims to specialise in ‘forensic’ financial research, the allegations range from the historic business activities of Milton, to the validity of the technology at the heart of Nikola’s game-changing heavy-duty trucks. A particularly headline-grabbing claim at the heart of the allegations concerned a promotional video released in January 2018 for the Nikola One concept truck. Nikola One was originally shown to the public on December 2016.