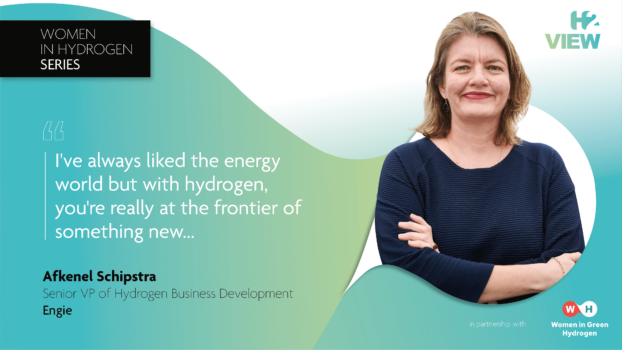 This story is part of H2 View’s monthly Women in Hydrogen series, created in partnership with the Women in Green Hydrogen (WiGH) network, which profiles women in the hydrogen industry. This month’s interview is with Afkenel Schipstra, Senior Vice-President of Hydrogen Business Development at Engie.

You’re currently working for Engie and before that you were at Gasunie, so we know you’ve been working in the hydrogen industry for a while now. But perhaps for any readers who might not be so familiar with you, could you start by telling us a bit about yourself, your career and background in hydrogen?

I actually have a background in finance; I studied in Rotterdam and in Argentina. I’ve always worked in the energy world, first for Shell, which was mostly in gas, and then for the TSO, so midstream. I joined Gasunie in 2017, working in business development for natural gas and hydrogen, and I joined Engie in August last year.

I guess the real reason for me to start working for Shell was the international and geopolitical aspect of it. And that was one of the reasons why I moved to Engie as well. Of course, the job is like a dream job, being responsible for large-scale hydrogen projects, but also the international global reach that we have and the real difference that we can make.