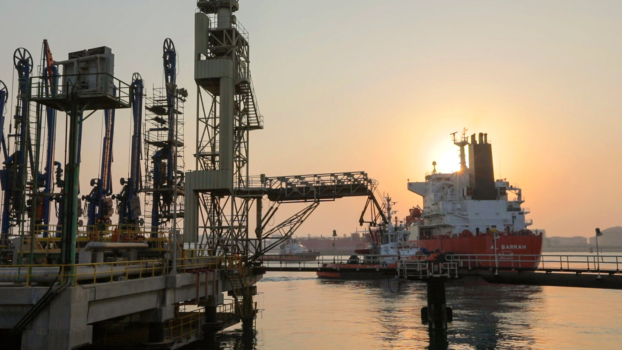 In a significant step towards sustainable hydrogen usage and a circular carbon economy, Saudi Arabia has sent the world’s first shipment of blue ammonia to Japan, where it will be used in zero-carbon power generation.

Announcing the news on Sunday, Saudi Aramco said 40 tonnes of high-grade blue ammonia, a compound consisting of three parts hydrogen and one part nitrogen, have been dispatched, marking a successful demonstration of the supply network from Saudi Arabia to Japan.

The Saudi-Japan blue ammonia supply network demonstration spanned the full value chain including the conversion of hydrocarbons to hydrogen and then to ammonia, as well as the capture of associated carbon dioxide (CO2) emissions.

It overcame challenges associated with the shipping of blue ammonia to Japan for use in power plants, with 30 tonnes of CO2 captured during the process designated for use in methanol production at SABIC’s Ibn-Sina facility and another 20 tonnes of captured CO2 being used for Enhanced Oil Recovery at Aramco’s Uthmaniyah field.