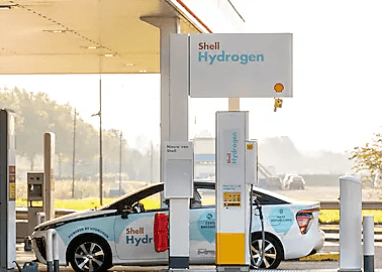 Shell’s target is to be a net-zero emissions energy business by 2050 or sooner, in step with society and our customers. To get there, Shell is working to reduce emissions from our own operations; working to reduce the carbon intensity of the products we sell, which means selling more hydrogen, more biofuels, more renewable electricity; and working more broadly with sectors that use energy – like aviation, heavy freight and shipping – to help them find pathways to net zero.

Hydrogen has a critical role to play in helping the world reach net zero emissions and Shell sees exciting opportunities across the hydrogen supply chain, including the production, storage, transport via pipelines, shipping of hydrogen and end-customer solutions.

Focused coordination at all levels is needed to ensure that supply and demand for cleaner hydrogen grow together, alongside supporting infrastructure. 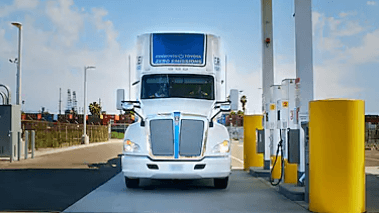 We need to work together

In November 2021, Shell as a founding member of World Business Council for Sustainable Development, joined other member companies in making pledges that support scaling up both supply and demand of decarbonised hydrogen.

Shell is leading or involved in several initiatives designed to encourage the adoption of hydrogen in transport, from a hydrogen refuelling network for passenger cars in several countries worldwide, to consortiums like H2Accelerate, which aims to foster the conditions for the mass market roll-out of hydrogen trucks in Europe.

Shell is also progressively working with partners to build decarbonised hydrogen hubs. Smaller hydrogen hubs have the potential to enable expansion of the hydrogen industry to create regional clusters and finally a broader international hydrogen network, once sufficient demand and infrastructure are in place.

Here are just a few of the examples of where Shell is helping to grow a global hydrogen economy.

H2 Mobility (Germany) In Germany, Shell is a member of the H2 Mobility joint-venture for developing a nationwide network of hydrogen fuelling stations for passenger cars. The venture already operates more than 90 stations across the country. Recently, H2 Mobility announced a €110m investment round, provided by Hy24 and existing industrial shareholders to upgrade the existing network and build new stations to meet rising hydrogen demand for commercial and intensive use vehicles. H2 Mobility plans to operate 300 stations by 2030.

To meet growing demand, Shell is developing a Pan-European hydrogen end-to-end heavy-duty infrastructure on its own in parallel, with the target to operate up to 150 high-capacity hydrogen fuelling stations across Europe in 2030.

Like battery-electric vehicles, hydrogen fuel cell electric vehicles (FCEVs), including passenger cars and buses, are powered by electricity and produce no harmful emissions – only water vapour – from their tailpipe when the hydrogen is produced using renewable power.

Hydrogen Innovation Hub at GZI Next (Netherlands) At a former gas processing installation in Emmen, a consortium of partners including Shell are building a renewable energy hub “GZI Next”. Shell is developing a renewable hydrogen innovation and production hub, testing new technology for large-scale electrolysis and synergies with the adjacent solar PV and biogas projects.

Produced hydrogen will be consumed by mobility customers or transported via a new hydrogen pipeline to nearby industry. The on-site hydrogen refuelling station is targeted to be ready by summer 2022, with 10 hydrogen buses for public transport as the first customer.

California hydrogen refuelling stations (USA) Shell has operated retail hydrogen stations in California for more than 10 years. A recent expansion of seven stations in northern California is nearly complete, and Shell is now embarking on a 50-station expansion program to be completed later this decade. Shell is consistently working to achieve the lowest carbon intensity possible in the hydrogen supplied to these stations. Shell’s first multi-modal hydrogen station to fuel cars, heavy-duty trucks, and rail locomotives is now also in development

M4 Electrolyser (China) In a joint venture between Shell and Zhangjiakou City Transport Construction Investment Holding Group Co. Ltd., the two parties have invested in a 20 megawatts (MW) renewable power-to-hydrogen electrolyser project and hydrogen refuelling stations in Zhangjiakou City to help decarbonise the mobility sector in the region. Construction took only 13 months, with production beginning soon after in January 2022. During the Winter Olympic Games in February 2022, the JV’s 20MW electrolyser plant accounted for 75% of hydrogen supply to the Zhangjiakou competition zone; and nearly 95% during the ensuing Winter Paralympic Games in March 2022.

Refhyne 1 – Mid-2021, Shell began operating the Refhyne I, one of the largest hydrogen proton exchange membrane (PEM) electrolysers in Europe. The plant, built by ITM Power, has a peak capacity of 10 megawatts and produces around 1,300 tonnes of hydrogen per year. Electrolysers have the potential to produce zero carbon hydrogen if the input electricity is sourced from renewable energy. The large electrolyser can also be used for grid and on-site load balancing, as it is a highly responsive load. The electrolyser can be turned on during times of low electricity demand or during peaks in renewable electricity output.

As part of the hydrogen-powered demonstrator train project, FCH2RAIL, member of the consortium, CAF, has announced it is beginning dynamic testing of the train on an external track.

German-headquartered GP Joule announced on Monday (August 8) it will purchase 5,000 40 tonne hydrogen-powered trucks from Clean Logistics over the next five years in a ‘low-single-digit billion euro deal.

Australian-based Aviation H2 has announced it is launching its Series C capital raise this week to finance the next stage of building Australia’s ‘first’ hydrogen-powered plane.

Today (August 5) saw a H2 View webinar explore some of the most pioneering hydrogen mobility infrastructure technologies and heard insights from leaders at industry steering corporations.