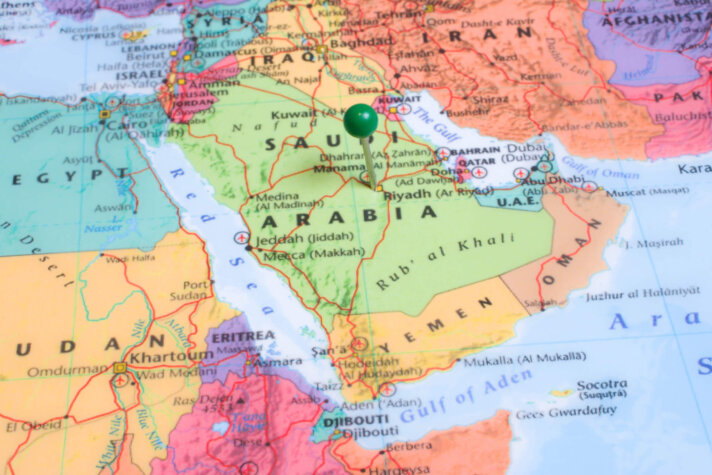 Aramco, Air Products and ACWA Power will strengthen Saudi Arabia’s position as a leader in renewable energy with $12bn set to be invested in a new hydrogen and power project.

With the formation of a joint venture (JV) between the companies, the new project will produce both hydrogen and power in the Jazan Economic City (JEC) as it advances zero-emission technologies to support the Kingdom’s net zero targets.

The JV will purchase ASUs, gasification, syngas cleanup, utilities and power assets from Aramco who will then supply feedstock to the JV.

The JV will in turn produce power, steam, hydrogen and other utilities for Aramco’s operations.

With hydrogen being produced at Aramco’s Jazan refinery, it is expected that this domestic hydrogen could be used in all aspects of the industrial ecosystem in Saudi Arabia, potentially fuelling cars and industrial plants with a clean fuel.

Not only will this aid in the establishment of a carbon free nation but will also support the kingdom in projects going forward.

With the completion of these definitive agreements, all parties under the joint venture expect asset transfer and funding to occur in October 2021.

Mohammed Al Qahtani, Senior Vice-President of Downstream at Aramco, said, “We are very pleased to reach this significant milestone.

“Aramco originally built the world’s largest integrated gasification combined cycle (IGCC) complex to employ gasification technology for the first time in the Kingdom and to keep pace with the development of the Kingdom’s Southern Province industrially and economically.

“This JV is meant to be central to the self-sufficiency of our megaprojects at Jazan. We believe the JV will enhance the overall value of the refinery and integrated gasification combined cycle power plant, and aid in transforming the province by positioning Jazan Economic City for additional foreign investment and private sector involvement.

“In fact, we are pleased to have the Saudi Industrial Development Fund (SIDF) and 23 local and international lenders engaged in this transaction securing a total of $7.2bn.

“We are optimistic that future investment offers the potential to be a game-changer in the years ahead.”