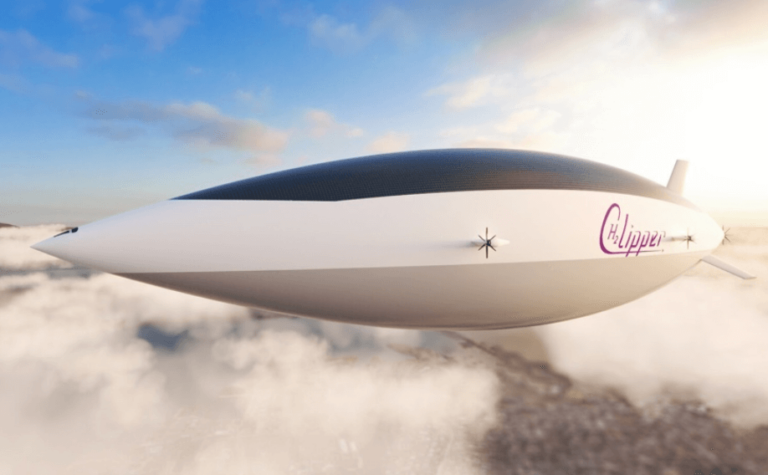 With hydrogen recognised as a perfect clean fuel for zero-emission aviation, H2 Clipper has developed an improved structural and delivery system for a ‘lighter than air’ airship.

It is believed the development of this new hydrogen-fuelled airship could be key in unlocking the global hydrogen economy.

This is the seventh issued patent for H2 Clipper with a focus on enhancements over previous airship designs and operating modes.

This includes improvements in the company’s novel exoskeleton structure, use of AI in connection with airship controls, improved means for docking in high wind conditions, and integration of drones for picking up, transporting and delivering packaged goods.

Hydrogen will be utilised as a carbon-free fuel for the aircraft which could help promote the use of hydrogen around the world and in the aviation sector.

H2 Clipper is currently building a prototype that could be capable of flight in 2024 with initial full-sized units slated for 2027.

Rinaldo S. Brutoco, founder and CEO of H2 Clipper, said, “From the beginning, our work creating a 21st-century version of the hydrogen dirigible was motivated by a belief that hydrogen produced from renewable sources is the only conceivable way to replace fossil fuels for transportation and long-term energy storage.

“Reliably and inexpensively transporting pure hydrogen to market will become the critical issue in advancing the hydrogen revolution.

“This inevitably led us to work on improvements to traditional airships that enable a 100% green method of transporting freight 7 to 10 times faster than ship, truck or rail, and at a 70% savings over traditional air transport.”