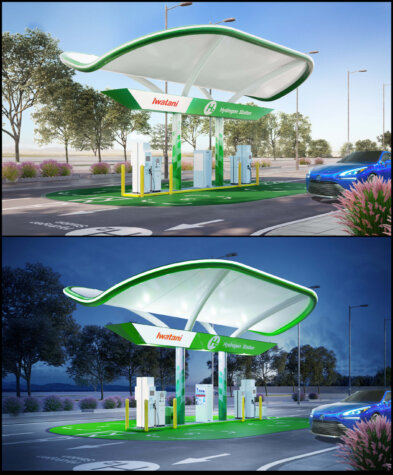 In statement released today (12th Nov), Toyota said it will support Iwatani’s plans to significantly expand the number of open retail hydrogen stations by nearly 25% in Southern California, which represents an increase of 6,300kg per day of hydrogen fuel dispensing capacity.

Construction is expected to start in early 2021, followed by commissioning of the first stations by midyear.

Each station will have two fuelling positions and will be capable of supplying up to 900kgs of hydrogen per day.

Iwatani said this expansion is its largest single investment in California to date and will bring the company’s total global hydrogen refuelling station network to 64.

Doug Murtha, Toyota Motor North America’s Group Vice-President of Corporate Strategy and Planning, added, “Expanding the refuelling station infrastructure in California is evidence of the growing demand for zero emission vehicles, we look forward to supporting Iwatani America in this next phase.”

“Our second generation and all-new 2021 Toyota Mirai will be arriving at dealers later this year, so it’s the perfect time to grow the hydrogen fuelling network.”

Ulrik Torp Svendsen, Key Account Manager at Nel Hydrogen, commented, “The stations will serve existing as well as new fuel cell electric vehicles, such as the next generation Toyota Mirai, with zero-emission fuel, at the same convenience as conventional fuels.”

Iwatani enters US hydrogen market with acquisition of hydrogen stations