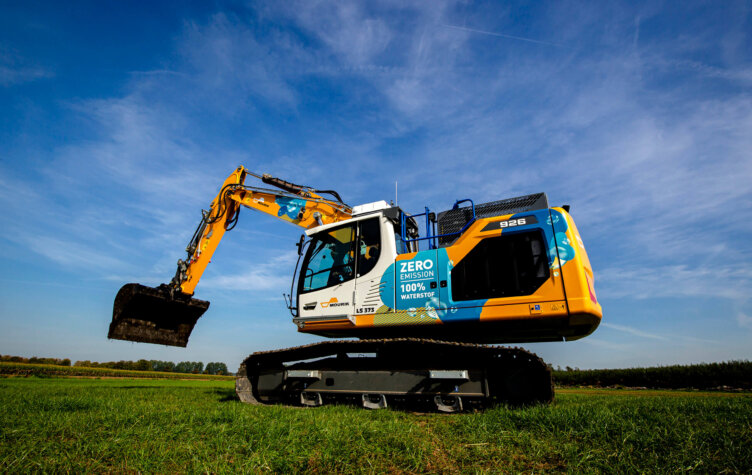 New 100% hydrogen-powered excavator set to be deployed by Mourik

Dutch-based Mourik has developed a new 100% hydrogen-powered excavator as it looks to support the clean energy transition with new innovative applications.

It is expected that this new hydrogen excavator will be put through the tests when it is deployed later this month at a project at Schoonhoven, the Netherlands.

The 30-tonne crawler excavator is the latest zero-emission technology to add to the groups arsenal as it pushes on in using zero-emission equipment by 2030.

The group have stated that the excavator is a converted Liebherr R926 Generation 8 which also now, through the use of hydrogen, emits no carbon or NOx.

Speaking on the new hydrogen excavator, Kees Jan Mourik, Chairman of the Board of Directors at Mourik, said, “It looks exactly like a traditional excavator. However, it is so clean that we can even work with it in Natura 2000 areas. In addition, the hydrogen version is more powerful than the normal version.

“For those who like; it is a converted Liebherr R926 Generation 8 which, thanks to our modifications, emits no carbon and NOx at all.

“The machine can run for a full working day without the need to replace the batteries or top up the hydrogen. So there is no loss of time.

“That makes this unique excavator optimally deployable and profitable for our clients.”