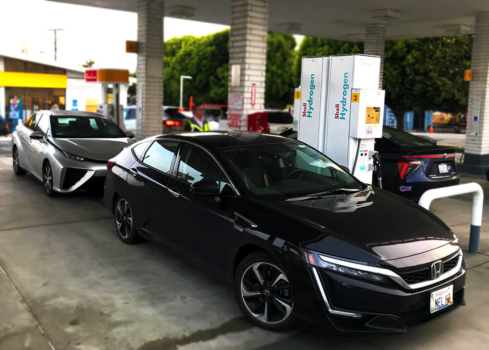 Like the stations on 3rd Street and Harrison Street, this hydrogen station, located at 3550 Mission Street, has a larger capacity and more fuelling positions to meet the needs of the growing fuel cell passenger car market in the Bay Area.

Read more: FirstElement Fuel: Driving down the cost of hydrogen

About 70% of San Francisco residents live in multi-unit buildings, where installing battery charging can be prohibitively expensive.

These new hydrogen stations—and the growing network across California—provide robust shared fuelling infrastructure at existing gas stations that drivers can rely on, giving them the ability to drive zero emission.

The station – and the other San Francisco stations – offers 100% renewable hydrogen from biogas. California requires that at least 33% of hydrogen fuel come from renewable sources. For stations that qualify for the Low Carbon Fuel Standard ZEV infrastructure credit, that amount increases to 40%.

Behind the wheel: Hydrogen can replace gasoline