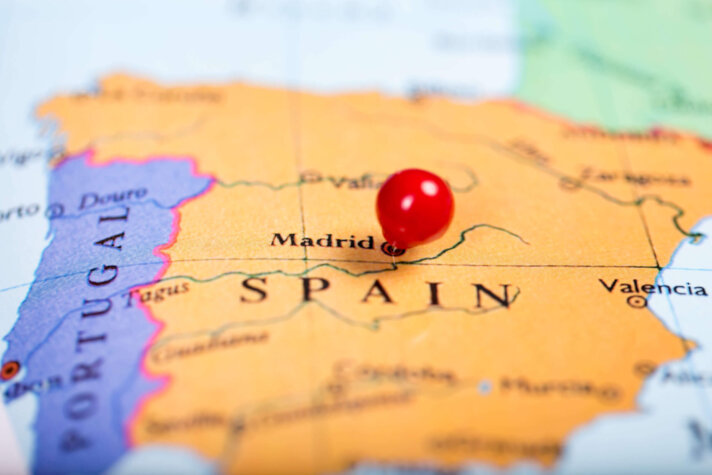 Should substantial gold hydrogen be discovered then this could help unlock a regional hydrogen hub with a close proximity to major Spanish city Zaragoza – the regional capital of Aragon.

Gold hydrogen has been identified as a means to bypass hydrogen produced through fossil fuels making it more sustainable and environmentally friendly.

This relatively new term refers to natural hydrogen that can be found within the Earth’s crust and is seen as a zero-carbon replacement for natural gas.

Professor Jon Gluyas of Durham University is recognised as the first person to use the term “Gold hydrogen” and has been at the forefront of exploring the potential of extracting this clean gas for industrial purposes.

Gluyas saids, “Naturally occurring molecular hydrogen is generated by a range of geological and biological processes which occur both shallow and deep within the Earth’s crust.

“Some of the hydrogen produced can be detected when it seeps to the Earth’s surface.”

Dr. Christopher Atkinson, Chairman of Helios, said, “At Helios, we challenge the misconception that hydrogen can’t exist in its pure form. To this end, we are excited to be working with Ascent Funds as well as regional players to propel Spain as the first true producer of gold hydrogen on a global and commercial scale.

“We see the potential for a Spanish hydrogen hub in Zaragoza which would play a crucial part for future distribution and demand, and which would ultimately provide further job opportunities within the region.

“If successful, we will continue to further explore additional features in the Permits and grow the local hydrogen resource potential.”